By continuing to browse this site, you are agreeing to our use of cookies.

CADSoftTools is pleased to announce the release of ABViewer 9.1 Beta.

ABViewer 9.1 Beta is available for download at the following links:

Here is a list of new features that were included into ABViewer 9.1 Beta: 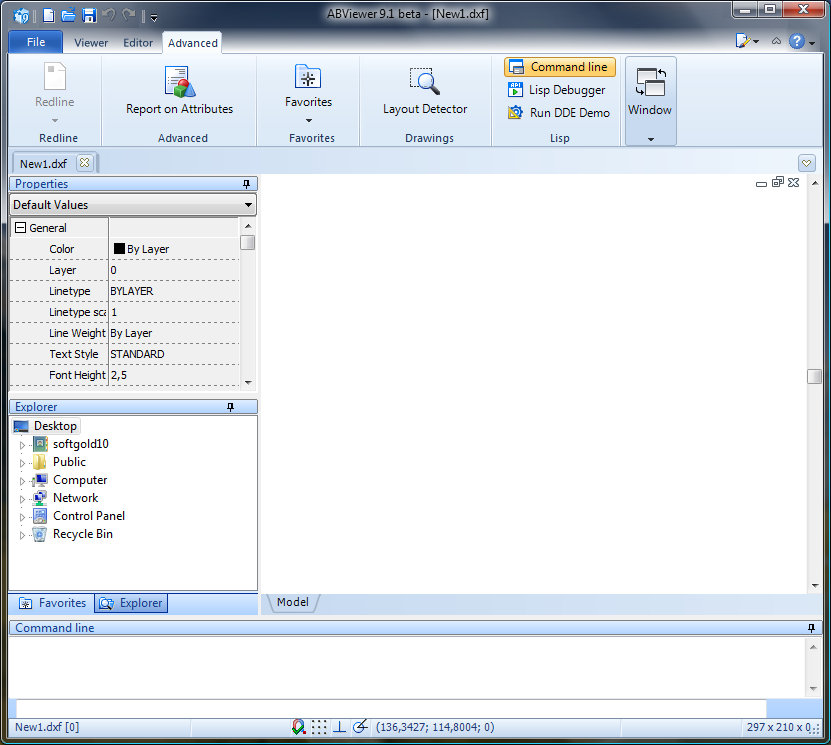 The implementation of the command line in ABViewer has some advantages which are described further. To execute commands, press Space or Enter. If a command has options, a command prompt will be displayed. To specify the option, select it by the mouse and enter the value using the keyboard or click on a point on the screen.

The command line in ABViewer contains the following features:

1) Selection of a command option either by entering the letters capitalized in the needed option or by using a pointing device to click on it.

2) Auto completion of commands. Type the first letters of the command and you will see the full command name. 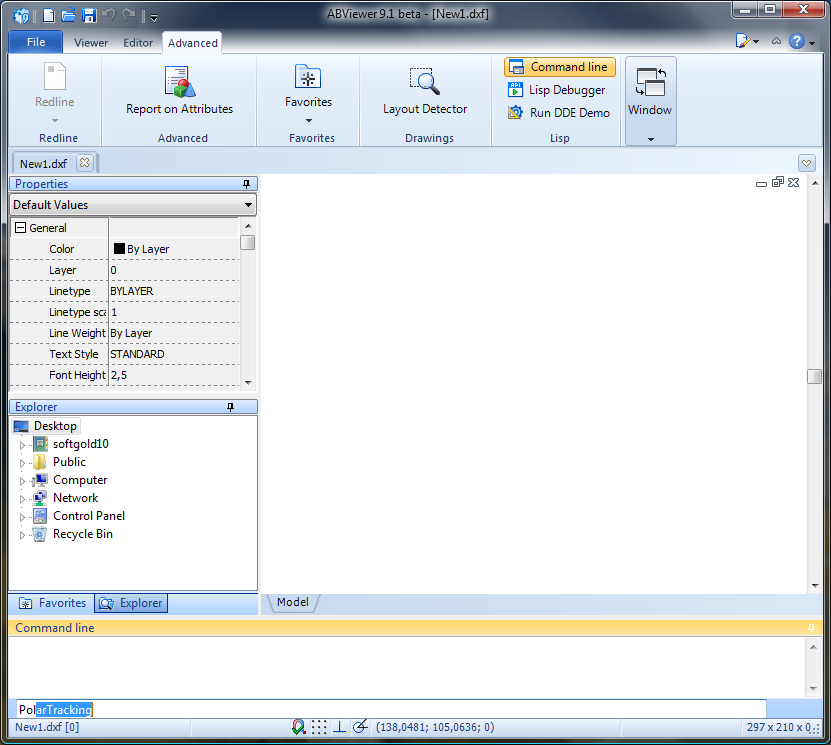 3) Auto translation of commands to the selected language.

4) Support of English commands in non-English versions of ABViewer.

5) A possibility to create command aliases and command sets.

A command alias is an abbreviated command name. For example, instead of entering "polyline" to execute the POLYLINE command, you can enter “pline”. Command aliases are defined in the commandex.txt file that is located in the ABViewer directory. 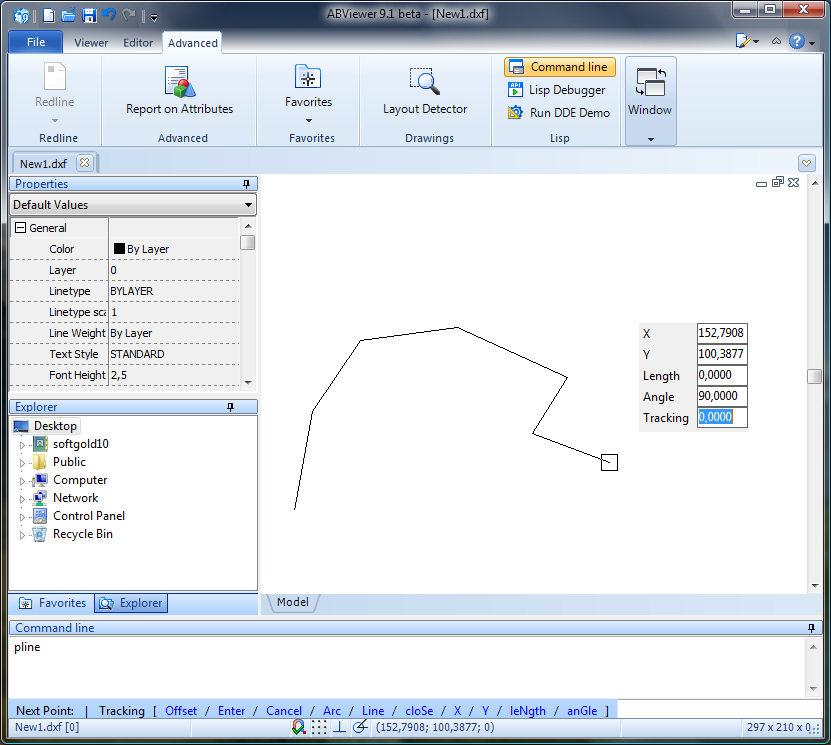 A command set allows grouping similar commands. Command sets are defined in the commandex.txt file that is located in the ABViewer directory.

Enter the command set name into the command line ("zoom", for example) and you will see the commands stored in this set at the Command prompt. 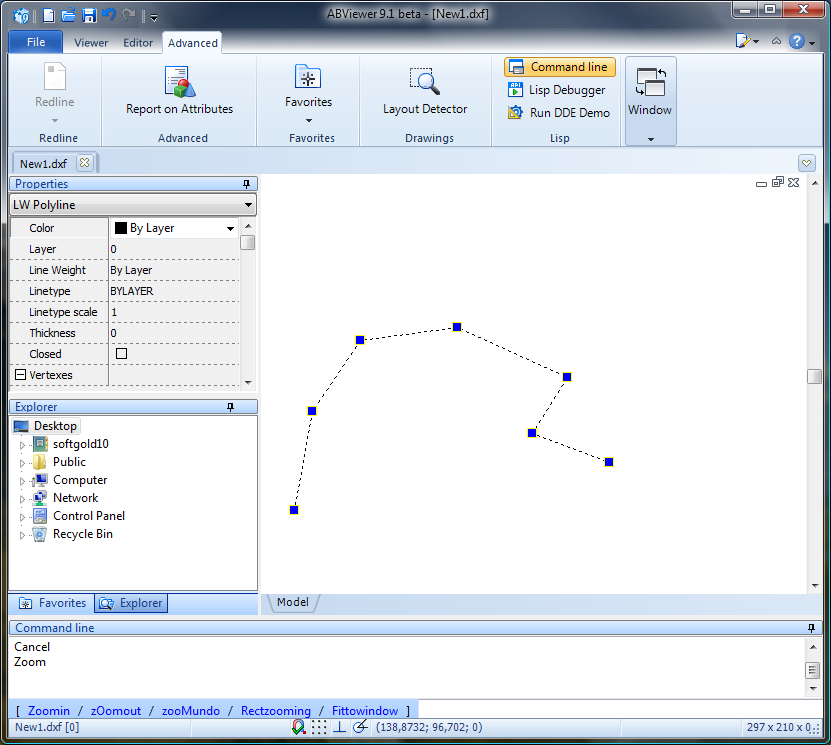 6) A possibility to "lock" values of command options (works when Dynamic Input is off).

8) Support of more than 50 LISP functions, including the recursive functions and functions that pass a function as an argument. 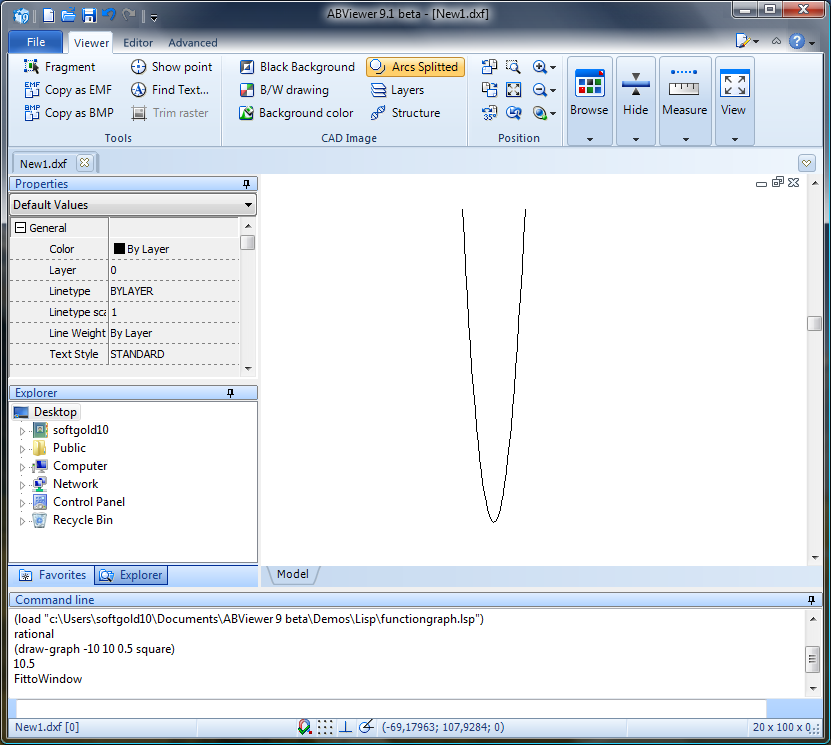 9) The possibility to define your own functions (if you are familiar with LISP).

Now you can debug a LISP program in ABViewer with a built-in LISP debugger. To run the debugger, click the Lisp Debugger button on the ribbon (Advanced tab -> Lisp). 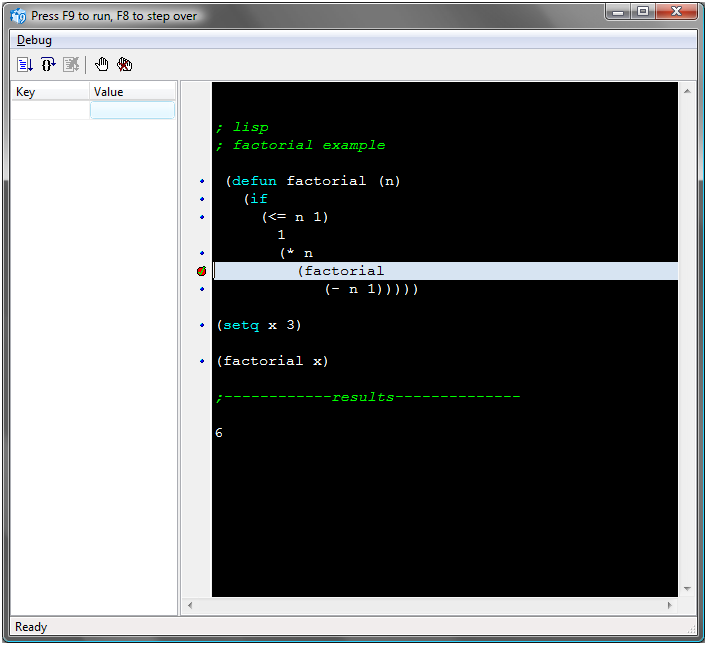 The built-in LISP debugger provides the essential functionality to expose the details of your program's operation. Press [F9] to run a program, [Esc] to pause and [Ctrl+F2] to stop it. You can also toggle breakpoints and execute a program step-by-step by pressing [F8].

ABViewer 9.1 Beta allows you to access the drawing's structure by using XML interface. The distributive contains a demo application that communicates with ABViewer by using DDE technology. To run the application, click the Run DDE Demo button on the ribbon (Advanced tab -> Lisp). 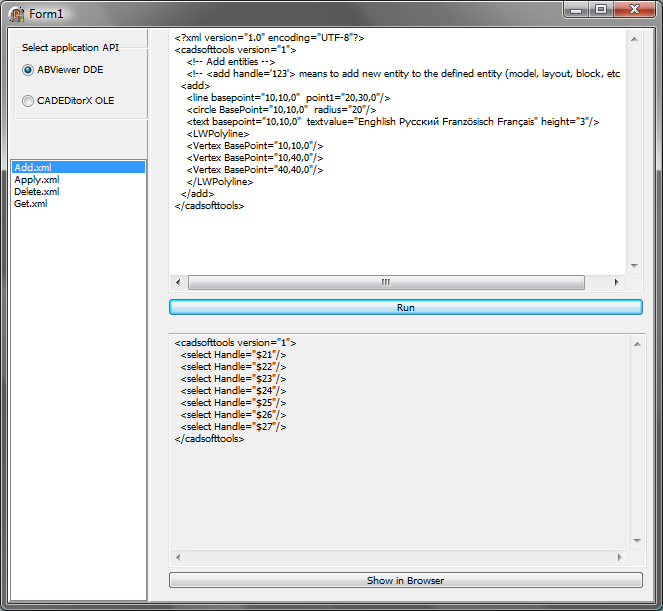 The demo shows how to add, modify and delete the specified entities and also how to get the drawing's structure in XML format. To perform a particular action, you need to select the input XML from the list and click Run to process it.

Note: The XML strings in this demo need to be processed in the following order: Add.xml, Apply.xml, Delete.xml.

Add.xml adds new entities to a current drawing.
Apply.xml selects an entity by handle and changes its properties.
Delete.xml deletes entities with the specified handles.
Get.xml gets a structure of the current drawing in XML format.

We will be glad to answer all of your questions concerning technical capabilities, improvements and license options. We truly appreciate any feedback on this question.

Thank you very much for dealing with our company and for your time!